Wolverines are known for their fearlessness and strength! 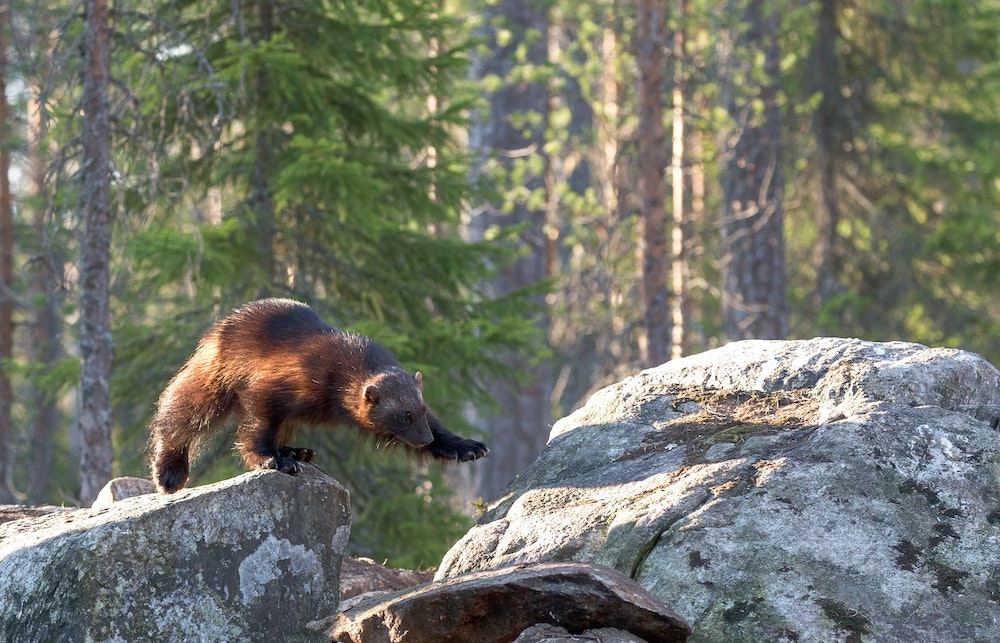 Wolverines look like small bears that you don’t want to mess with! Although they look like a bear, they’re actually part of the weasel family, Mustelidae.1 They’re the largest members of that family.2

They weigh between 24 and 40 pounds and live to be between 7 and 12 years old. They’re mammals and they live in colder climates in the northern regions of North America, Europe, and Asia.2

You wouldn’t want to be the prey to these guys because they don’t mess around when it comes to food. They’re known for their strength and being fearless.1 They are nocturnal hunters, and although they are considered omnivores because they eat some plants, they really prefer eating meat.1&2

They’ll eat smaller animals like rabbits and rodents, but they also are prepared to take down much bigger prey like caribou, sheep, and small bears. They’ll even find a way into burrows and make a meal out of hibernating animals.1&2  They also won’t say no to eating carrion.2

Mostly these are solitary animals, but they do pair up in wintertime during February and March and will have 2-3 babies between the end of winter and the beginning of spring.1&2 Males will share territory with females and are thought to have more than one mate at a time.2

Wolverines used to be hunted for their fur. People wanted to use it for winter coats because they handled snow so well.1 However, nowadays they aren’t hunted as much for that reason. According to the IUCN, they are listed as of “Least Concern.”2

However, within the U.S., organizations have been fighting to get federal protection for them under the Endangered Species Act. In 2010, it was determined that they did need protection, but the Fish and Wildlife Service wanted to handle other matters that they deemed more important first.3  A proposal to protect them was put forward by the FWS in 2013, but it was rescinded because threats to them weren’t deemed as serious as originally thought. Today they are still unlisted by the FWS.4

Check out more information about other carnivores on our blog here!