What’s the Most Endangered Marine Mammal in the World? 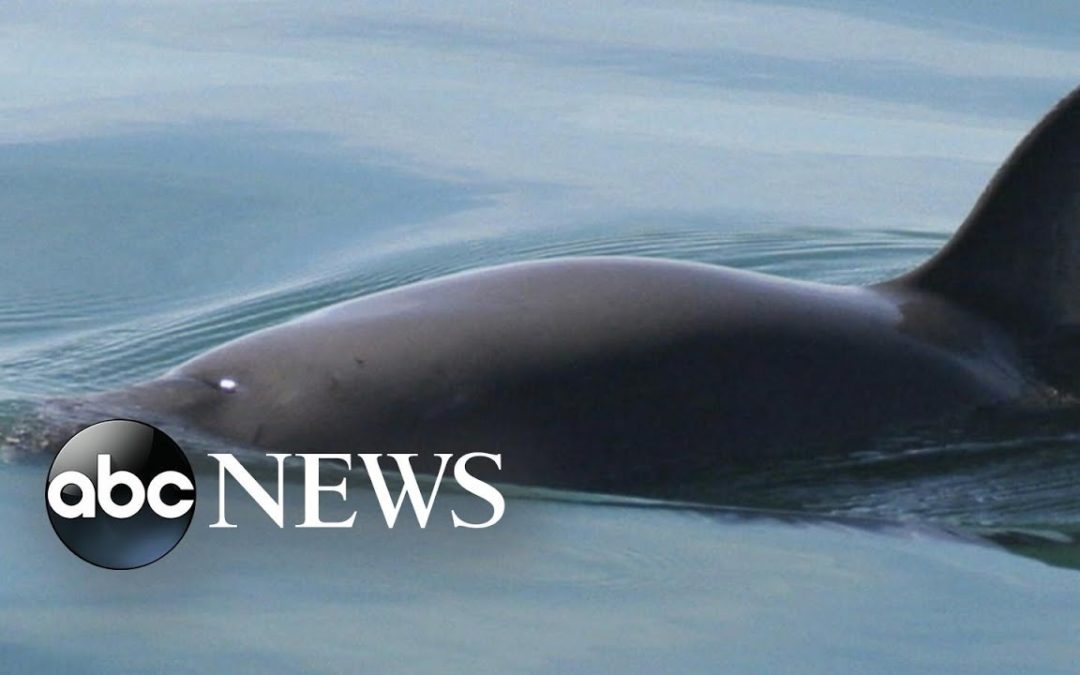 Have you heard about the vaquita?

It’s the most endangered marine mammal in the world. They are porpoises and part of the cetacean family, which consists of whales, dolphins, and porpoises.1 They can be identified by the dark markings around their eyes and lips. Their bodies are grey, while their undersides are white. They also have a dorsal fin that’s quite large, which is thought to help them survive in the warmer waters they live in.2

According to the last survey done in 2019, there are only ten vaquitas left.3

They can only be found in one place in the world, which is the northern part of the Gulf of California, which is part of the Sea of Cortez in Mexico. They prefer areas that are closer to the shore, which is what puts them at risk to get tangled in nets as bycatch. This is the biggest threat to them and is what has decimated their numbers in recent years.1

Back in 1997, it was estimated that there were 600 vaquitas in the wild. 90% of their population declined recently between the years 2011 and 2016.2 This was mainly from gillnets that weren’t intended for them. While the Mexican government banned these nets – at first for only two years back in 2015, and then permanently a year later – they are still caught up in nets from illegal fishing activities.1&4 Many still use gillnets, even though they’re not supposed to. There’s a lack of enforcement to ensure nobody is using them.3

They’re not the only marine mammals that are threatened by nets, either. Hundreds of thousands of members of the cetacean family are caught up in nets each year. They either die by suffocation or end up seriously injured if they manage to get away.1

So what’s being done?

Many efforts have been made to protect the vaquita. Many scientists, biologists, and organizations have worked together to bring the vaquita back from the serious brink they’re currently on. They’ve worked on efforts from trying to get rid of these gillnets internationally to attempting to bring vaquitas into captivity to increasing awareness about these animals.3&4

Get a closer look at the vaquita and the efforts made to save them in the video below: