What Two Species of Otter Live in the U.S.? 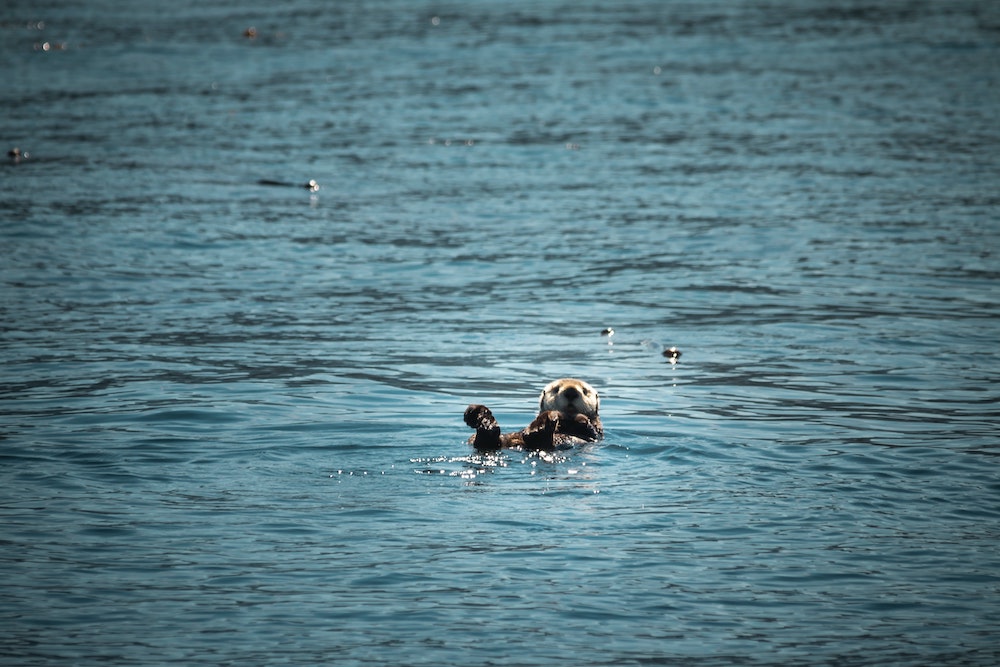 Otters are found everywhere except for Australia and Antarctica.1 They are part of the Mustelidae family and are the only members of the family that are serious swimmers.1&2 There are thirteen species of otter, and the United States is home to two of them:

Otters won’t be found in habitats like deserts, mountain ranges, or polar regions. Instead, you’ll find them in wetlands, freshwater lakes and rivers, and the ocean.1&2  While other species of otter will live both on land and in the water, sea otters don’t. Sea otters give birth to their offspring in the water, while other species will come on land and give birth in a den.4

Otters have special adaptations that make them such good swimmers. Many of them have webbed feet, and they can close their ears and nose when they swim to prevent water from getting in. They also have great vision under the water.2

What sets them apart from other marine mammals is that they don’t have blubber – a layer of fat that helps keep them warm and stores energy. Instead, their fur is what helps keep them warm and afloat.3 Like wolves, they have an undercoat and guard hairs. Their undercoat traps air next to their skin, which acts in a similar way to how blubber would. Otters spend a lot of time grooming themselves because if their fur gets matted or isn’t kept in good shape, it can affect their survival.2

Sea otters eat a variety of animals, like mussels, urchins, crabs, snails, and more. River otters, meanwhile, will eat frogs, crabs, fish, and mollusks.4 Their whiskers help them detect their prey.2 Sea otters also will use a rock to help them break open prey, like mollusks. They’ll rest a rock on their chest and then break the mollusk open on it.1

Otters have faced many threats throughout the years and continue to do so today. Natural predators will vary depending on the species, but some include:

Otters also face threats from human actions. The only population of otters that is considered stable is the North American River Otter.4 Their numbers declined due to trapping and habitat loss, but legal protections and reintroduction efforts have helped them come back.2

Other otters are classified as Threatened or Endangered. Big risks to their wellbeing are:

Otters are a keystone species. They bring biodiversity to their ecosystems and keep the sea urchin population in check, so that kelp forests aren’t destroyed.3  They have a similar impact in their water-based ecosystems that wolves do on land.

Keystone species are responsible for trophic cascades in their environment. Check out more information about what that means and how it affects the ecosystem here!