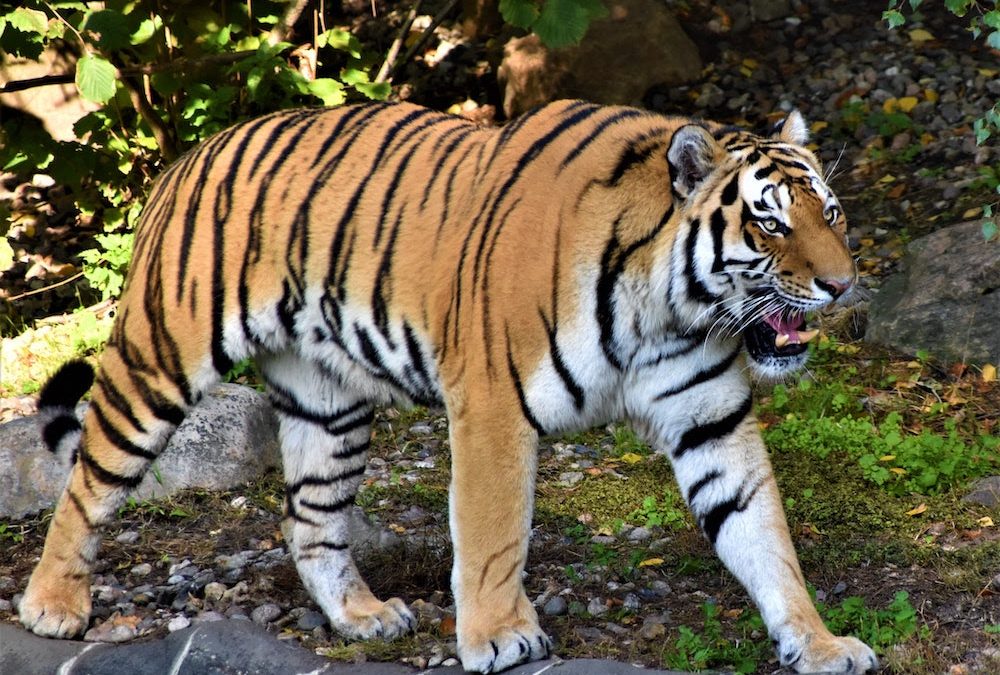 Tigers are very important carnivores and are actually the largest species of cat in the world.1 They can be found in Russia, China, India, and Sumatra.2 There are several subspecies of tiger – the biggest of which is the Amur tiger, and the smallest of which is the Sumatran tiger.1 Regardless of which subspecies are biggest or smallest, all tigers are large, weighing hundreds of pounds with long, sharp claws and teeth.3

Tigers thrive in areas where prey is abundant and yet are very adaptable and can be found in various habitats, like grassland, deciduous forest, rainforests, and environments that can reach -40 degrees Fahrenheit or over 100 degrees Fahrenheit!2 While you may associate cats with an aversion to water, tigers are very good swimmers and will happily go into a water source to cool off.1

Tigers are solitary creatures and they hunt their prey by ambushing them.1 They’ll go after deer, wild pigs, buffalo, and monkeys.1&2 Tigers won’t leave their prey behind when they’ve finished feeding. They’ll actually hide it from other animals so they can go back and continue eating it once they’re hungry again.3

When tigers reproduce, females will give birth to 3-4 cubs.3 The mother teaches them important skills like hunting, and they’ll stay with her for about two years. Then they’ll go off on their own.2 Life can be very hard for a tiger cub. Only about 40% of cubs make it to adulthood and end up producing their own offspring.1 If they do survive, tigers will usually live to be about 11 years old.2

Tigers are endangered, mostly because they are hunted for their fur or traditional medicine. They also face losing their habitat due to human expansion.3 Many organizations have been trying to keep their numbers from declining.

We have several cat species native to North America! Read all about them!