The Pampas Fox Will Play Dead When Startled 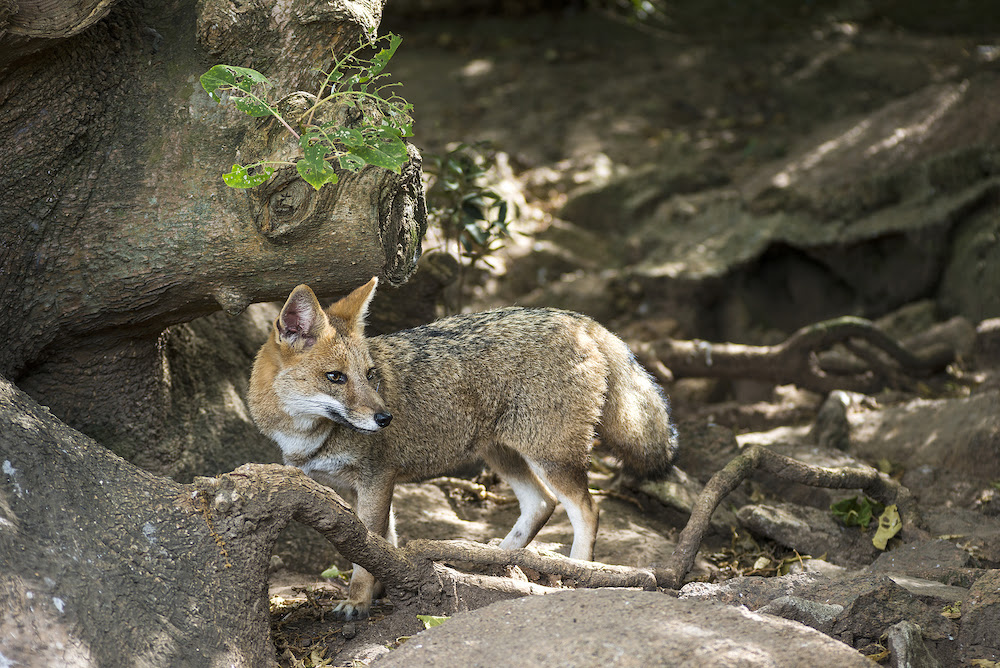 The Pampas Fox is found in South America.1 They live in Uruguay, Paraguay, and certain regions within Brazil, Bolivia, and Argentina.2

They live in the Pampas, often preferring areas that are open with tall grasses, sierras, and sometimes forested areas. They usually lead solitary lives, except for once a year during the breeding season. They’ll mate with one other Pampas Fox, and the two will share the responsibilities of caring for the offspring.2

Appearance-wise, they tend to look similar to the Culpeo (which we went over recently, click here if you missed it!). They’re a reddish-gray color with black on their muzzle, which actually helps them stand out from the Culpeos. Their bodies are about two feet long, with a tail that adds an extra foot.2

They also stand out in a couple of interesting ways.

They collect objects like pieces of cloth and leather, which can be found in their dens. They also tend to play dead when they’re startled. They’ll lay on the ground and won’t move until the perceived threat is gone.2

Although these foxes aren’t considered threatened or endangered, they have faced habitat loss due to the expansion of land needed for agriculture. These foxes are fairly adaptable, however, and seem to have been able to maintain a steady and stable population despite their habitat shrinking.1

These foxes also might play an important role for farmers. They are omnivores, but most of their diet is meat – the majority consisting of rodents, rabbits, and birds. It’s thought that they play a role in keeping rodent populations under control because in areas where the Pampas Fox population has been negatively affected, there have been consequent increases in rodents that affect crops.2

Have you checked out Jeremy’s recent blog post on the North American River Otter? Check it out!