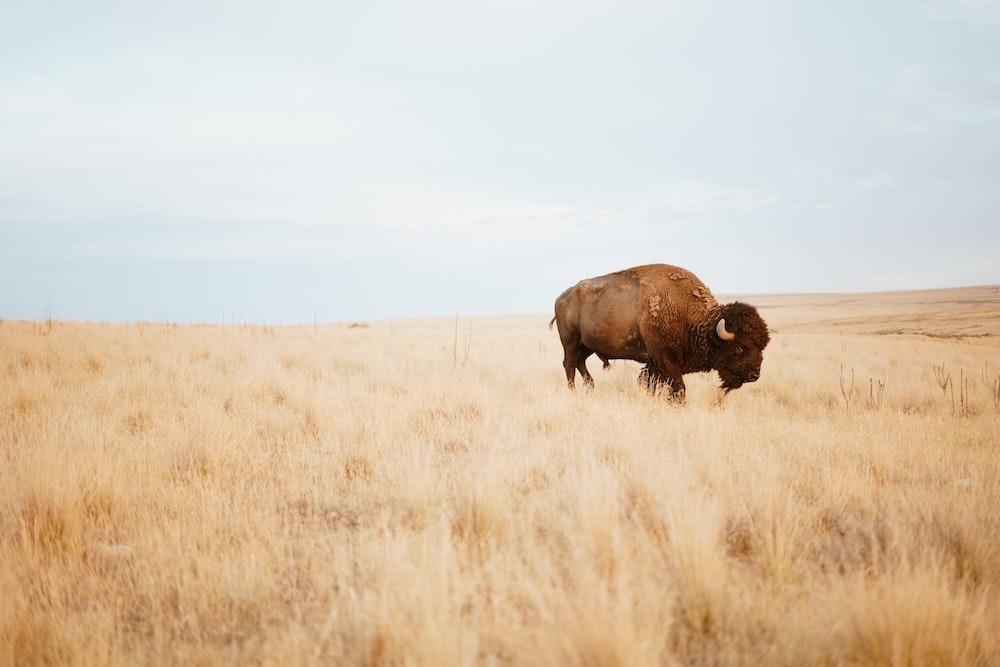 The American Bison is the national mammal of the United States. They’re also a conservation success story and an example of a recovered species that continues to need conservation work to maintain their numbers.

Bison used to be plentiful throughout North America, with a population of tens of millions of animals.1 However, overhunting caused their decline in the late 1800s.2 They were left with just over 1,000 individuals.1

The call to help recover bison was one of the first big conservation successes in the world and kickstarted other efforts in conservation in America.1 Now, the National Park Service, Native American tribes, zoos, wildlife management agencies, non-governmental organizations, and more work together to help the bison populations we currently have.2

Although bison are no longer considered endangered, only 11% of their population is connected to recovery goals. The rest are raised as livestock for commercial purposes. These groups are working hard to get bison back to a level where they have a functional role in their ecosystems again. Yet they face problems like lack of habitat. These animals need large spaces to roam around in, and there aren’t that many areas for them. They also suffer from a lack of genetic diversity, which is a direct result of their numbers getting so low after people hunted them. The NPS works to increase genetic diversity in bison populations by transporting bison with different DNA to other national parks so they can introduce new genes into other groups. With more genetic diversity, we’ll have healthier bison populations.2

We spoke last week about how conservation success is measured and how many people are pointing out that many species will need continued support after they’ve recovered. Bison are a prime example. Maintaining species goes beyond just population numbers.

Our nation’s wildlife faces many hardships, whether it’s myths they can’t escape or a loss of habitat, and we’re trying to inspire the next generation to love and take care of these animals. Because they’re the ones who will inherit everything we leave behind.

Through education, we can establish a connection with younger generations and the environment. They won’t take the wild world for granted. They’ll understand that we need to preserve and protect it and continue to educate others about it.

Our work never stops. And we need your help to keep going. Every part of your donation goes right back into our work here at WERC. We rely on you to make ends meet and support our programming and outreach. None of this gets done without you.

You can make a one-time or monthly donation here or at the button below. Any amount helps.

P.S. you can also support us by signing up for our monthly newsletter of Canines, Carnivores, and Conservation! For $10/month, you’ll get a hard copy! Sign up now.