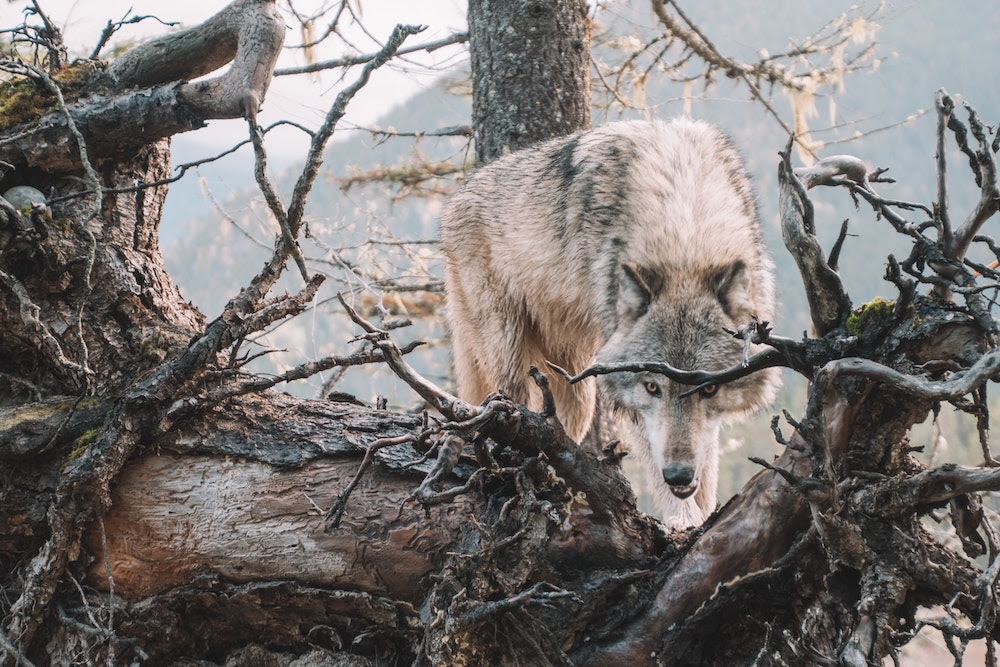 Wolves are pack hunters, which means they work together to take down prey. Lions, orcas, and even some shark species are pack hunters. Pack hunters can have an advantage over solitary hunters because they tend to be able to have more success when hunting prey and can take down bigger prey.1

For example, sevengill sharks can take down larger and quicker prey when they hunt as a group instead of on their own. Meanwhile, lions in a pride can take down cape buffalo together, but a solitary lion won’t attempt the same thing because it can’t do it on its own.1

Animals that work together in a pack to take down prey communicate with each other to work efficiently. Within a pack, wolves have different roles when hunting. Some may chase down the prey, while others will distract it, and others will take the prey down from behind.2 Orcas will communicate with each other using whistles or clicks and will herd their prey or even knock them off floating ice to get to them.3

Solitary animals, however, will have different tactics to take down their prey since they aren’t working with others. Both solitary and pack hunters will have different advantages and disadvantages when it comes to hunting. While pack hunters may be able to take down larger prey, they tend to not be as strong or big as solitary hunters. Bears and mountain lions are larger than wolves and are able to deliver more lethal blows to their prey than wolves can.2

Solitary hunters tend to rely on the element of surprise with lots of speed and force to take down their prey. Some will also have more rotation in their forelimbs, allowing them to hold onto their prey.2 Cheetahs will trip their prey and bite down on the neck to deliver that last lethal blow. Meanwhile, coyotes do something called mousing. They’ll jump into the air and pounce and pin their prey down.3

Now more than ever, carnivores need our help. Wolves still face threats and deal with the consequences of having a bad reputation because they’re so misunderstood. To make changes for them, we need to spread awareness about the important role predators play in our ecosystems.

To do effective outreach, we need your support. Your donation makes a difference for carnivores and helps connect more people with our native wildlife.