How Does Hunting Affect Wolf Packs? 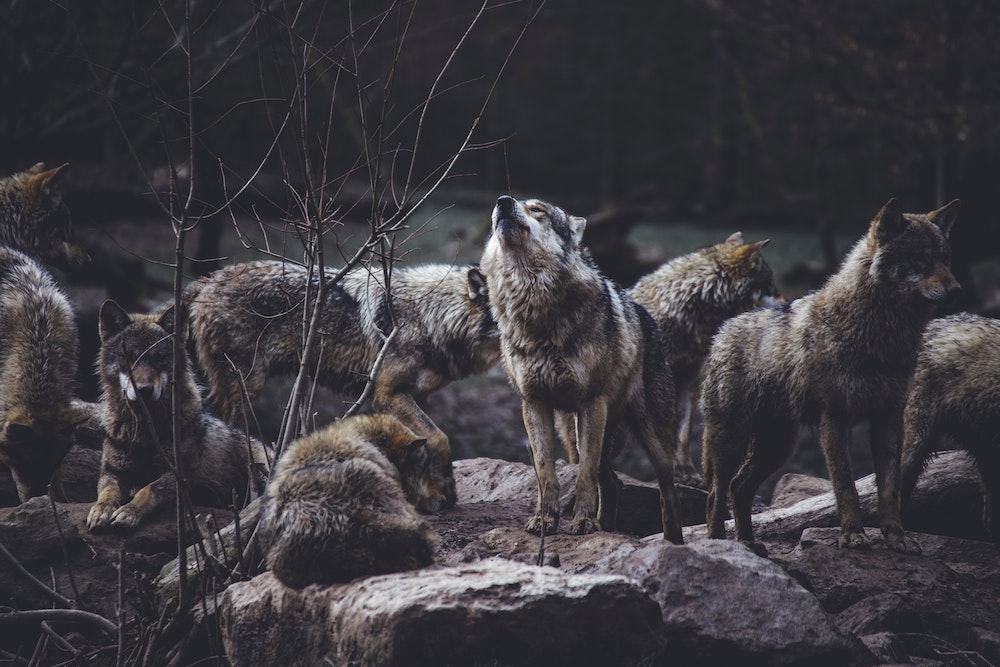 You know that wolves are integral to their ecosystems. Without them, vegetation gets decimated by herbivores, disease spreads through prey populations more easily, erosion occurs, and more. With them, balance is maintained and ecosystems thrive.

Since being delisted from the Endangered Species Act, recovering wolf populations have been up against new hunting laws in several states, and it’s put them at risk to decline again. (Recently the US Fish and Wildlife Service conducted a review of petitions asking to re-list gray wolves.)1

What happens to wolf packs when they’re hunted?

In states that have implemented hunting laws allowing large numbers of wolves to be killed, the argument has been that these kills are mostly compensatory – that these wolves would have died anyway from another cause – and that with fewer wolves around, there are more resources for those remaining, so they should be able to bounce back.2 These theories have convinced people that hunting between 30-50% of the wolf population at a time doesn’t affect overall wolf populations, and that these animals can deal with being hunted at such high rates.3

However, the opposite has been found to be true. Scientists have found that this kind of hunting isn’t compensatory and humans killing wolves is linked to an increase in the overall death rate of wolves.2 Removing so many wolves at a time negatively affects reproduction of the wolves that are still alive and also has consequences for the ecosystem.4

For example, if one of the breeding wolves or several members is killed in a pack, it can weaken the pack and cause them to break up. The rest won’t be able to hunt as well as they could before with their whole pack. An example of the ecosystem being affected is that deer are then more susceptible to diseases like Chronic Wasting Disease, which occurs at higher rates in areas without wolves.4

Another consequence is that the wolves hunted end up being females that could be pregnant. During the hunting season in Wisconsin earlier this year, about 91 females were hunted and it was estimated that between 50-65% could have been pregnant. Between the females and the males killed, it means that between 60 and 100 packs in the state won’t be able to have pups this year and so their population numbers won’t bounce back.5 When hunting occurs late in the breeding season, it also impedes wolves’ ability to find new mates and breed again.6

Hunting wolf packs can have devastating effects on the pack members left behind. Especially smaller packs. Smaller packs are more at risk to have their breeding pairs killed, and when that happens, it’s more at risk to fall apart.3

Many groups are urging state governments to keep these consequences in mind when making legislation, pointing out that these hunting quotas are not sustainable for wolf populations. Better hunting regulations and smaller quotas for wolves can allow hunters to continue to hunt, but without putting wolves on the path to become endangered again.

Continue the conversation – ever wondered why wolves look so big in hunting photos? Check out more on our website here.