How Do Dogs Help With Honey Bee Conservation? 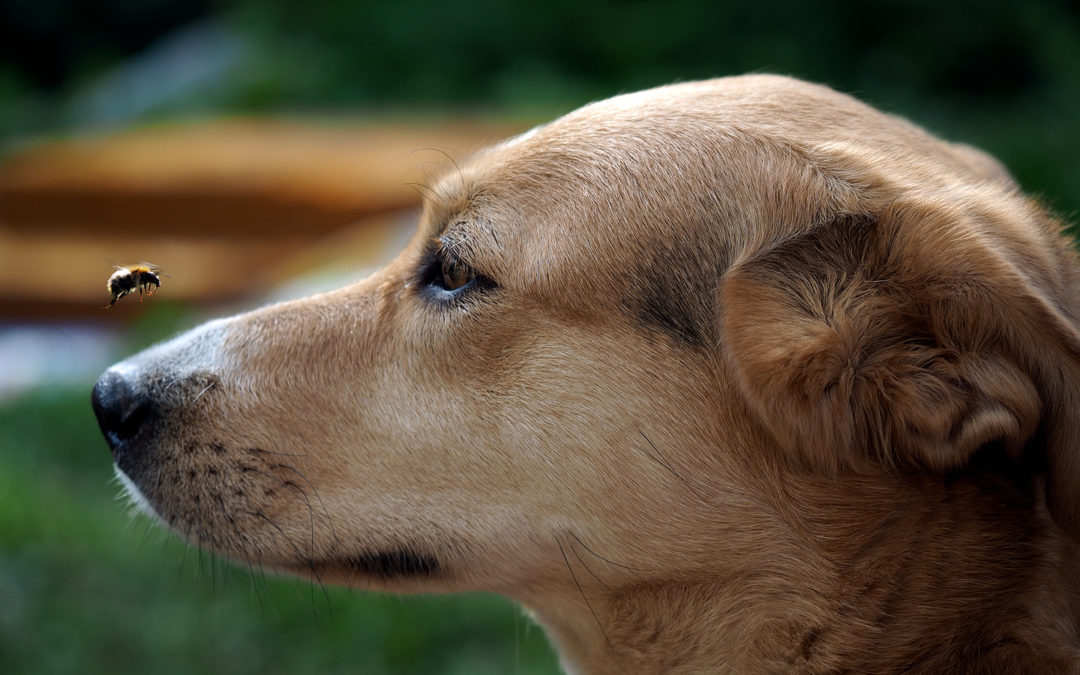 Although not native to North America, the Western honey bee (Apis mellifera) may be the most important insect for our ecosystem and human population health.  Originally known as the European honey bee, these social prolific pollinators were introduced to the Americas by European settlers in 1622, then some escaped and spread across the continent faster than the pioneering settlers.  These escapees are known as “wild” honey bees, but they are more accurately described as feral due to their previously captive nature.  Contrary to most other invasive species, honey bees did not displace any native bees but rather became an incredibly important component to the reproduction of many crops and wildflowers. 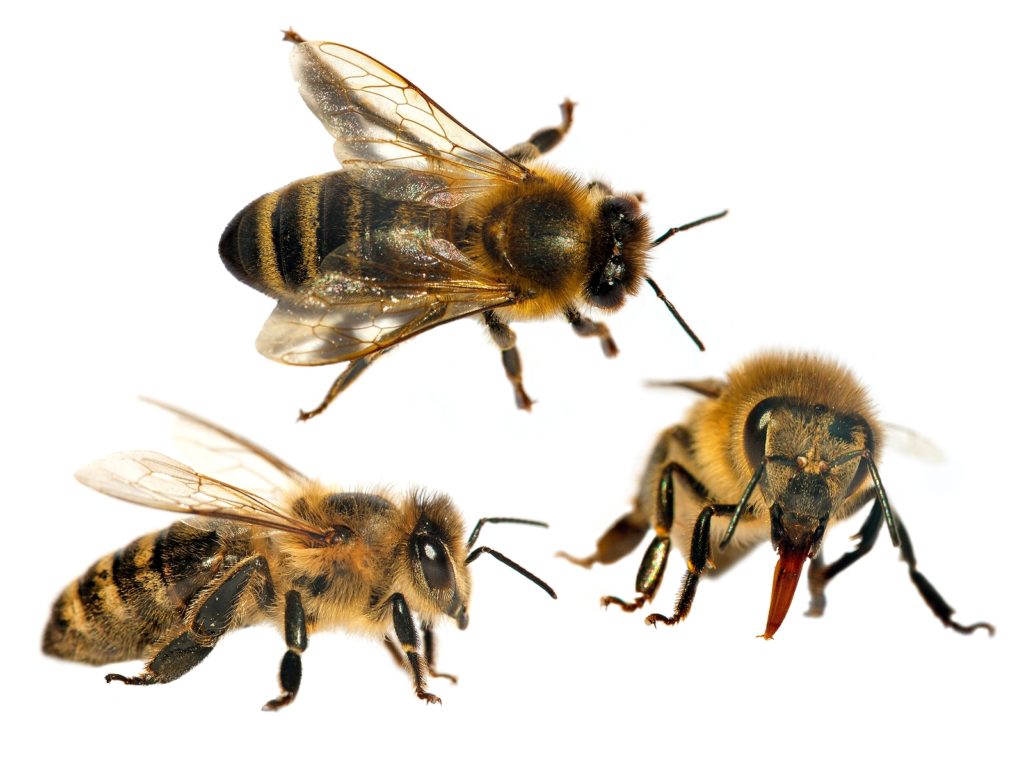 In addition to creating over $339 million worth of honey and beeswax every year, the USDA estimates the annual value of honey bee pollination of crops across the country at $15 billion!  Even Albert Einstein recognized the importance of honey bees, suggesting human survival may depend on honey bee pollination of our European-originating agriculture.  Unfortunately, this rare instance of an invasive species becoming a benefit to the ecosystem is now in peril. 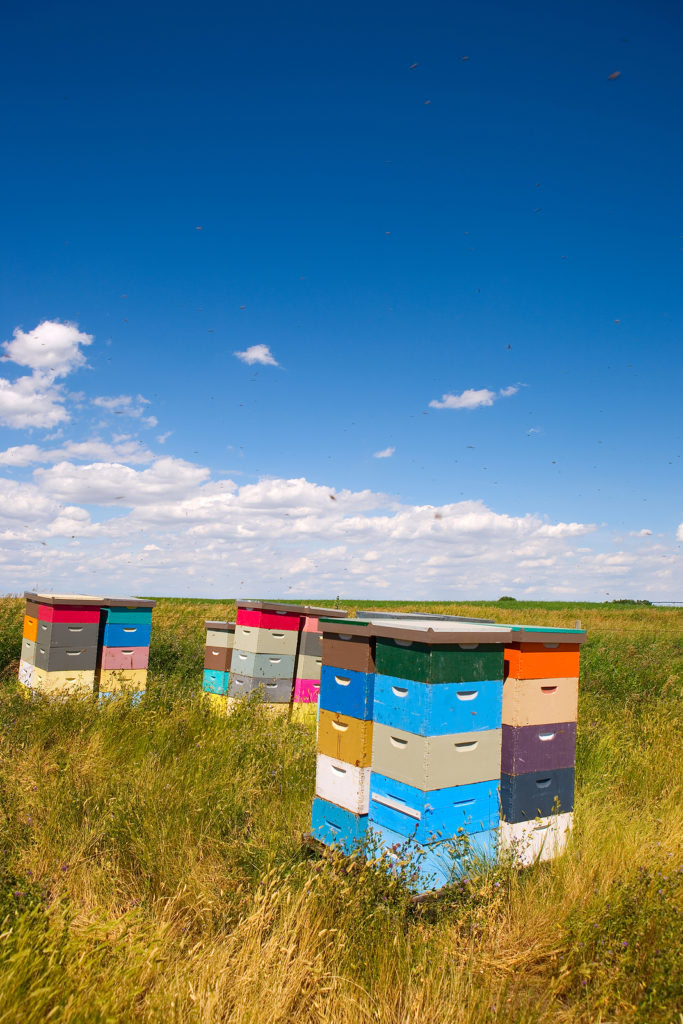 Now that our society depends on honey bees, they are experiencing a huge threat to their continued existence.  In 2006, honey bee populations began a sharp decline in the United States.  Disease, pests, toxins, nutritional deficits, and loss of habitat have all attributed to the ongoing decline.  Many scientists believe climate change may be the main factor in causing most of these increasing pressures.  One affliction, in particular, is causing the most damage to bee colonies.

American foulbrood (Paenibacillus larvae) is a bacteria species that infects the body of honey bee larvae, killing them before reaching maturity.  This pathogen then produces up to 100 million spores after the larvae is consumed!  Nurse bees, who attend the larvae and clean the comb, then spread these highly infectious spores around the colony inadvertently ensuring all other larvae will be infected.  Entire hives can succumb to the bacterial invasion within days, then bees from other colonies carry the spores back to their home hive and the devastation spreads. Thankfully, the bacteria leave behind a detectable fingerprint—a foul smell. 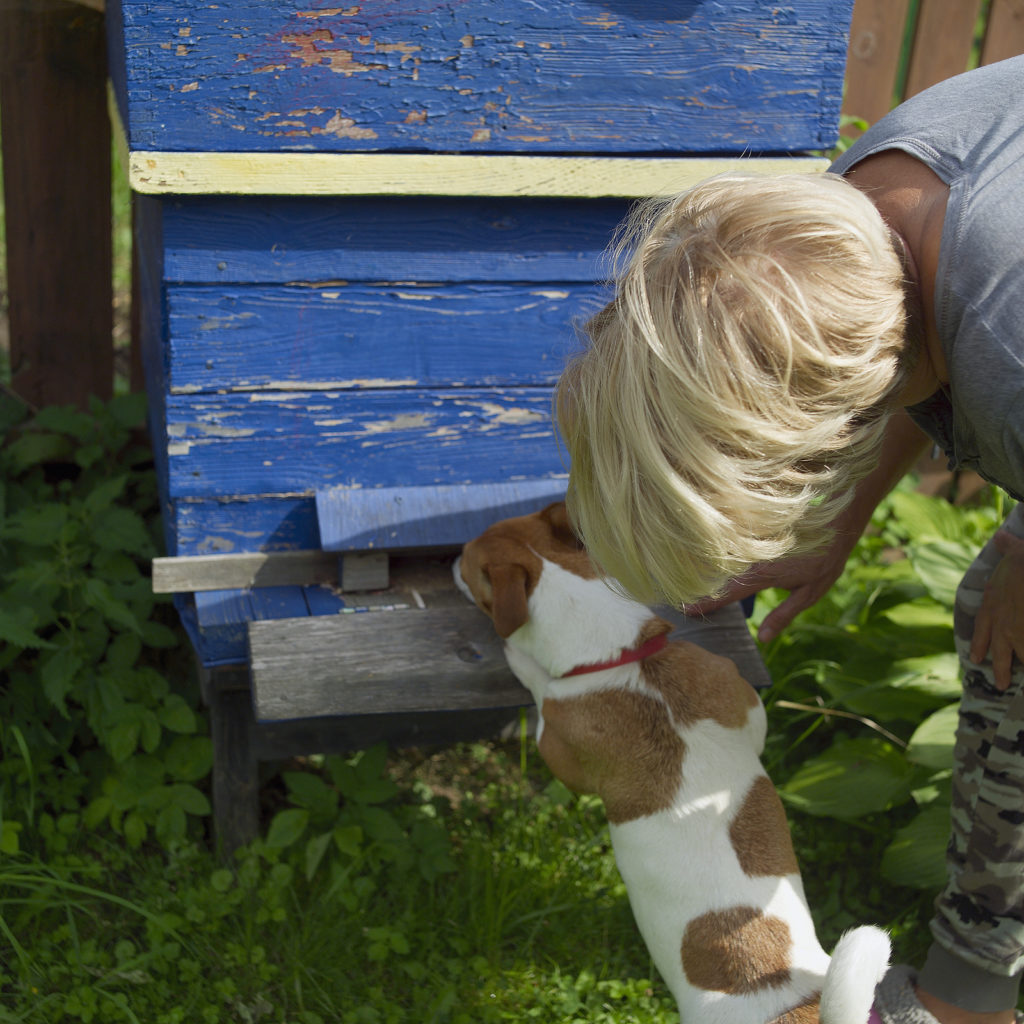 Initially, researchers attempted to determine infected hives by smell, however, due to the rapid expansion of infection it was important to find the disease as soon as it began within a hive, but at that point, the foul scent was yet to be detectable by humans.  Infected larvae can be visually identified however this process entails daily disruption and stress upon the hive, which makes them more vulnerable to later infection.  The best method to find and eliminate the bacteria before spread is through accurate remote scent detection—enter our olfactory conservation heroes.

Scent-detection dogs are now being incorporated into the fight against American foul-brood.  Due to their excellent olfactory abilities, dogs can smell the initial onset of infection and alert to the presence of the deadly pathogen before it spreads to adjacent colonies.  Beekeepers can then either destroy or treat the hive with antibiotics quickly, effectively isolating the pandemic and saving the lives of countless colonies.  As with many other applications, scent-detecting dogs prove to be much more efficient than humans in detection.  The method is new, so few scientific studies exist, however some researchers believe one dog can replace four human seekers and still find the pathogen earlier than any person.

Early detection by trained dogs is key if this bee pandemic will be controlled.  Many agencies are working to stem the spread of this frightening devastation to our primary pollinator, but all treatment options hinge on early detection of the bacteria, a task that has been greatly enhanced by our canine friends.  So even though your canine companion may occasionally get into a tussle with a honey bee in your backyard, dogs may just hold the key to the survival of this incredibly important pollinator species.

For further information or to support honey bees: