How Big is A Grizzly Bear’s Territory? 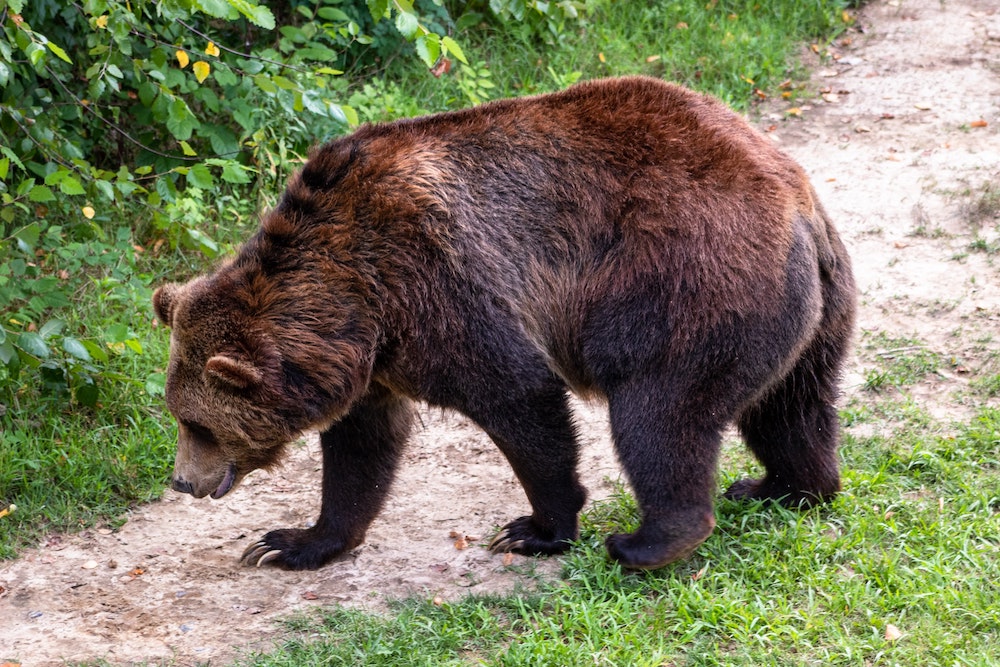 Grizzly bears are one of the two subspecies of brown bears.1 The other subspecies is the Kodiak Bear, which is only found near Alaska in the Kodiak Archipelago region.2 Grizzly bears, on the other hand, are found throughout the United States including Alaska, as well as in Canada. These bears are about 5-8 feet in length, and live to be around 25 years old.1

These bears used to have a wide range throughout the United States and much higher numbers. However, these animals require a lot of space to live – they usually occupy about 600 square miles in their territories.1 Ultimately as humans spread out and built communities throughout the United States, we encroached on their habitats. That, matched with fear, led to a population number of under 1,000 bears (excluding Alaska and Hawaii) by 1975. That’s when the grizzly bear received protection under the Endangered Species Act.3

Grizzly bear conservation is actually considered a success, and twice the U.S. Fish and Wildlife Service has tried to delist them. However, both attempts were blocked, as people worried there wasn’t enough genetic diversity among the bears we do have. So they are still listed as Threatened under the ESA. Today, their numbers are fivefold what they were in 1975, but they still only hold about 2% of the range they used to.1

Yes! They are at the top of the food chain and they eat a lot of different foods. They eat nuts, berries, fruits, but also moose, elk, deer, fish, and carrion.1&2 Sometimes they’ll also go after livestock, which can cause problems with ranchers.2

These bears are very solitary, except for when a mother is taking care of her cubs. So, with that exception, they don’t live in groups. However, they’ve been seen gathering together in Alaska during summer, feasting on salmon that are swimming upstream.1

What Do Grizzly Bears Do in the Winter?

These bears will spend months getting ready to spend the colder months in their dens. Female grizzly bears that are pregnant are actually the first ones to head into their dens, females who already have cubs are the second, and males are the last to hunker down. However, they end up leaving the dens in the opposite order. Females who give birth during the winter are the last ones to leave. Those with older cubs and single males will emerge first.2

Check out more information about other predators like wolves and mountain lions on our blog here!