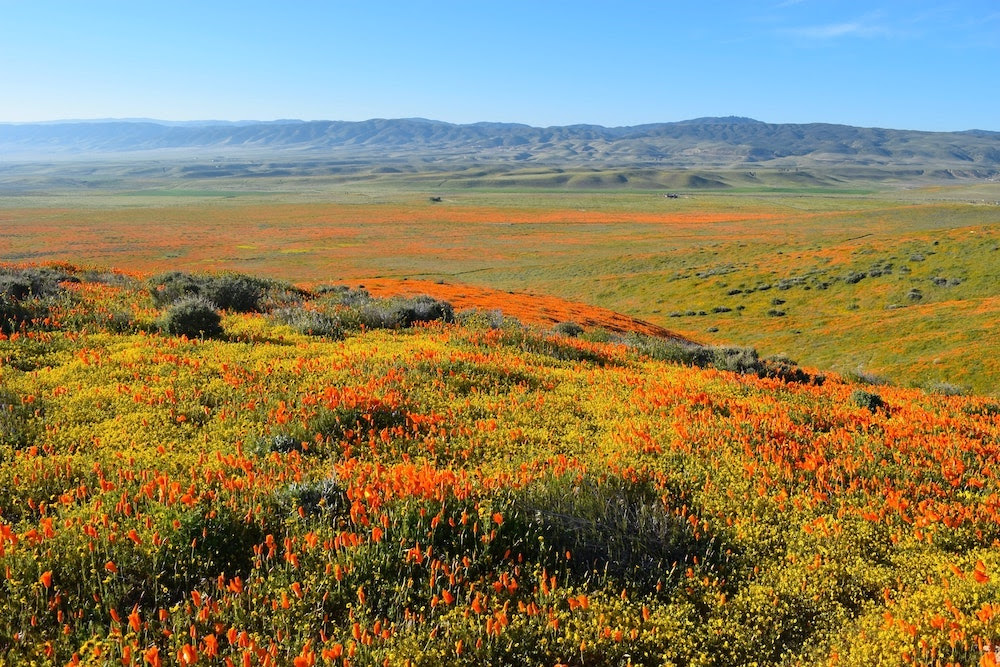 We’ve spoken before about how important bees are to the environment. They help pollinate a lot of our food, but many of them are currently suffering. One specific species of bee is Franklin’s Bumbleblee.

Franklin’s Bumblebee is unique because it is endemic to a very specific, small part of the United States. They are found in northern California and southern Oregon.1 Their range is almost 200 miles running north and south, and 70 miles running east and west.2

Like other species of bumblebee, Franklin’s Bumblebee lives in colonies. Their colonies can range from 50 to 400 workers and they are usually found on the ground.1&2 These bees have a yellow patch on the top of the thorax that looks like a “U” shape where it meets the center of the thorax. The rest of their bodies are black, except for some white at the tip of the abdomen.1 (Get a look at them here!)

Although these bees don’t have an official listing under the Endangered Species Act, some have called for them to be listed because they haven’t been seen that much over the last two decades. Here’s how many individuals have been seen over the years:2

Because of this, a petition was filed in 2010 to the U.S. Fish & Wildlife Service to ask that these bees be listed at endangered and be given specific critical habitat in order to save them.3 Threats to these bees include:1

Take a stand for wildlife with us.

Our goal is to bring awareness about what our nation’s wildlife faces. We do this through our public outreach, our weekly emails, and all of our free online content. We want to make wildlife education as accessible as possible because we know that only good things happen when people better understand the wild world around them.

But we can’t do it without your support.

When you donate to the Wolf Center, you make a stand for our nation’s carnivores. Often misunderstood, you help spread the truth about these incredibly important animals.