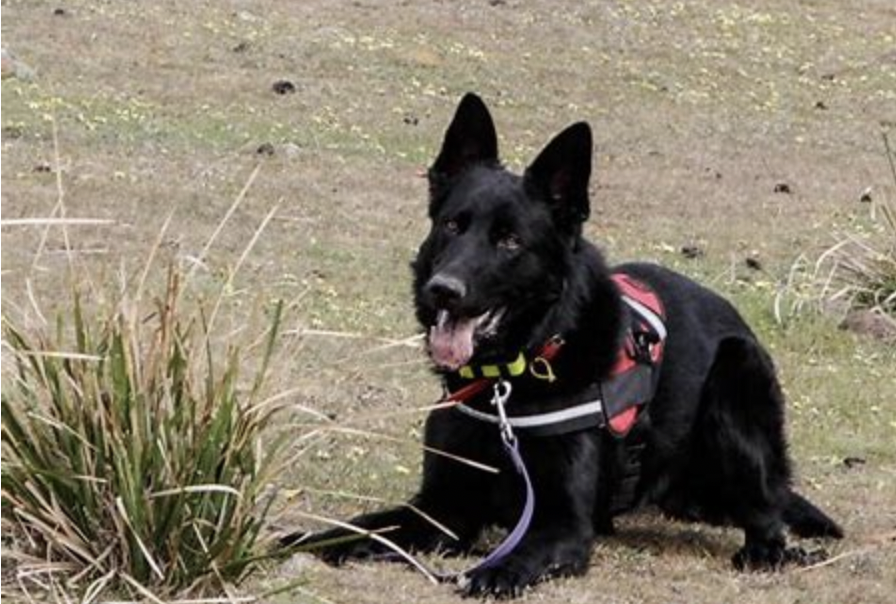 How do dogs assist with habitat conservation and restoration?

The largest threat to wildlife habitats worldwide is the fragmentation of vast landscapes caused by human expansion.  As these natural areas become disturbed by human development, noxious weeds can invade and outcompete native vegetation.  These alien invaders spread by natural avenues, such as wind or water, or human-caused activities, such as infected equipment or even intentional dispersal.

Once established in a habitat, noxious weeds choke out space and sunlight for the native plants, however, are not typically consumed by the resident herbivores, therefore expand rapidly across the land.  Noxious invaders cause an estimated $120 billion in damage to landscapes every year in the United States alone.

Federal and state governments have launched a war against these alien plants to curb the ever-expanding damage.  However, since they often travel vast distances and can spread unpredictably, the first major challenge in the battle is finding the locations where noxious weeds are gaining a foothold.  This is where our beloved canine companions can assist us.

Dogs are now being trained to seek out patches of noxious plants by smelling their odor.  First, the working dogs are trained on the scent of the target noxious species, then allowed to roam vast areas of land to search out the species.  Once a target is found, the dog alerts their handler who then either pulls the plant or sprays it depending on the desired control method.

Trials show dogs are much more effective at locating noxious plants than trained biologists.  During field studies conducted in 2016, three individual dogs found 92% of a target species, while experienced humans only found 76%.  When the dogs worked the landscape as a team, they found 100% of the target species.  Clearly, dogs are a huge asset in our war against noxious weeds, and their use will inevitably expand as we fight to regain our natural habitats from the clutches of these alien invaders.