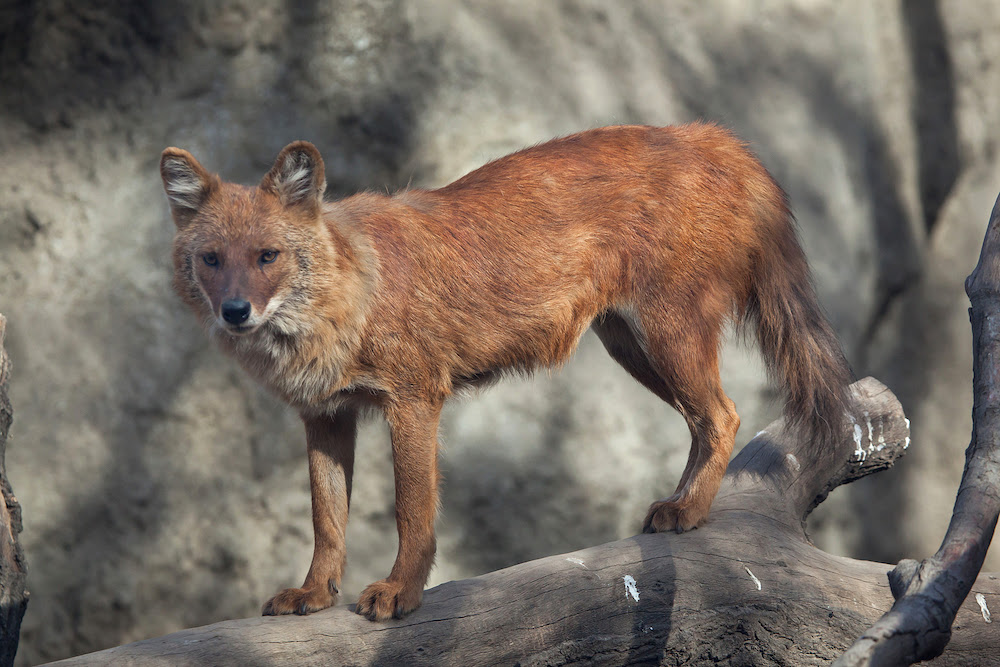 Dholes are canids that can be found in central, south, and southeast Asia. They are currently considered endangered.1 They are about 3 feet long and weigh 26–44 pounds.2 While they are of a similar size to a German Shepherd, they look like foxes and yet are most genetically similar to African Wild Dogs.2&3

There are ten subspecies of Dhole.3 They usually live to be about ten years old out in the wild. They’re highly adaptable, so you’ll find them in a variety of habitats, from forests to mountain steppes.2

Just like wolves, Dholes live in packs and they communicate with each other using several different sounds, including whistling. Overall these canids are very agile and can both jump and swim very well.3

A Dhole’s diet is mostly made up of meat. They’ll hunt down:2&3

Packs have a single breeding pair. Breeding occurs at the end of the year, during November and December. What’s interesting about Dholes is that females will disperse when the pups are about three years old. They’ll go find another pack to join.3

Overall, Dholes are no longer found in 75% of their historic range.2 Luckily, conservation efforts are trying to help them out and ensure they have habitat and enough prey to survive.

Interested in other canids? Did you catch our latest on Island Foxes? Read now!