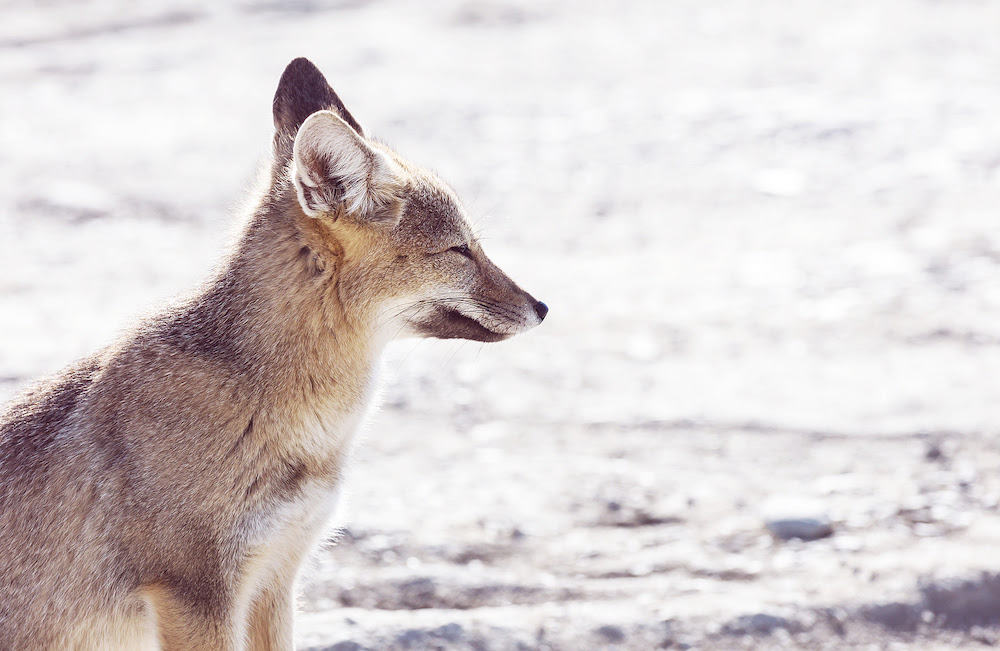 The South American Gray Fox, or Lycalopex griseus, is found in Argentina, Chile, Peru, and on both sides of the Andes.1 They are about 1.5-3 feet long, with a tail that adds an extra 10-20 inches.2 They have gray fur, large ears, and a bushy tail.1

These animals were brought into Tierra del Fuego to help control the European rabbit population.1&3 They can be found in habitats that are grasslands, scrublands, deserts, low mountain areas, and more. Sometimes they’re also found as high up as 3,500-4,000 meters.3

They are considered opportunistic omnivores. Their diet consists of rodents, rabbits, fruit, reptiles, eggs, seeds, scorpions, birds, plant material, and more.1,2, &3 They do have an important role in the ecosystem. They help control rodent populations and are seed dispersers. They’re often thought to take down livestock, but it’s not as common as people think and they usually only eat sheep when it’s carrion – which is important for them in the winter.1

According to the IUCN Red List, the South American Gray Fox is considered of Least Concern. Although in the early 90s, it was considered Vulnerable.3

Click here to check out how foxes help with monitoring ecosystem health!