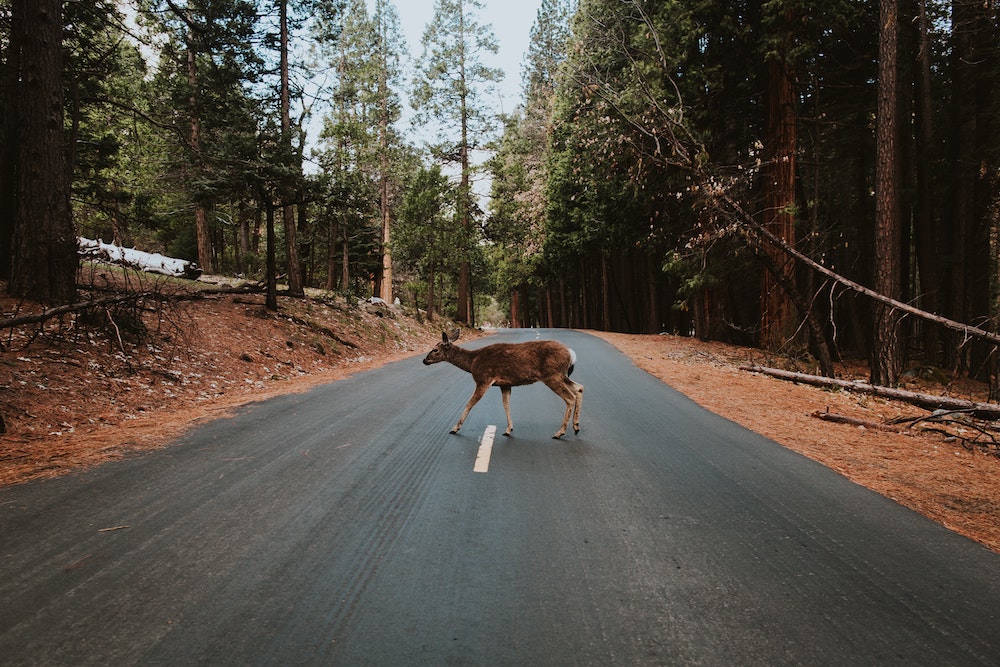 Wildlife crossings first made their appearance in France in the 1950s. Afterward, they became very popular in the Netherlands to help their own populations of elk, badgers, and more.1 These structures save human lives, animal lives, and tremendous amounts of money.2 Nowadays we see a bunch of them within the United States and Canada to help reduce the impact of car crashes with wildlife.

What are wildlife crossings?

Wildlife life crossings are structures that allow safe passage for wildlife to cross major roadways. They can be bridges, overpasses, underpasses, or even tunnels. They’re built with the natural habitat in mind, so they have plants and rocks and shrubs to blend in with the environment and encourage animals to use them instead of trying to cross the road where they may be hit by a car.1

How do wildlife crossings help?

Collisions with wildlife is a common occurrence. It poses both a risk for the animals and the humans. It also comes with a steep price tag for car repairs. In the United States, people spend over 8 billion dollars on medical and auto costs each year due to these kinds of crashes.1 These collisions are a huge threat to wildlife as well. They’re the leading cause of death for many species.1 We have endangered species whose numbers dwindle due to car accidents.2

When roadways are built, it can isolate groups of animals from each other. This causes them to either not be able to reunite, which can cause population decline and lack of genetic diversity, or they’ll try to cross these dangerous roads and put themselves and their offspring at risk.2 It can also make it more difficult to find food.1 Wildlife crossings reduce crashes, which saves money and lives, and allows animals to reconnect with each other and their prey.

Studies have found that these wildlife bridges do work. A prime example is in Banff National Park in Alberta, Canada. The structures there have helped hundreds of thousands of animals cross roads safely. They’ve seen an 80% decrease in car accidents with wildlife. In Arizona, they’ve seen a 90% decrease in these accidents.1

The more animals use these structures, the safer they are. It also maintains the safety of their numbers because they’ll be able to pass on the knowledge to their young, so they can also learn where the safest place to cross the road is.2

Making a Stand for Wildlife

Helping wildlife comes in many forms. While some have the skills to develop wildlife crossings, others can use their voice to get the word out to others. Education and action are necessary for us to be successful in our endeavors to help our wild friends.

At the Wolf Center, we stand up for carnivores. We bring you education resources, online video classes, and fun information about various animals. Our job is to help our carnivores in any way that we can.

Will you help us get that job done?