Bat-eared Foxes can eat over a million termites a year! 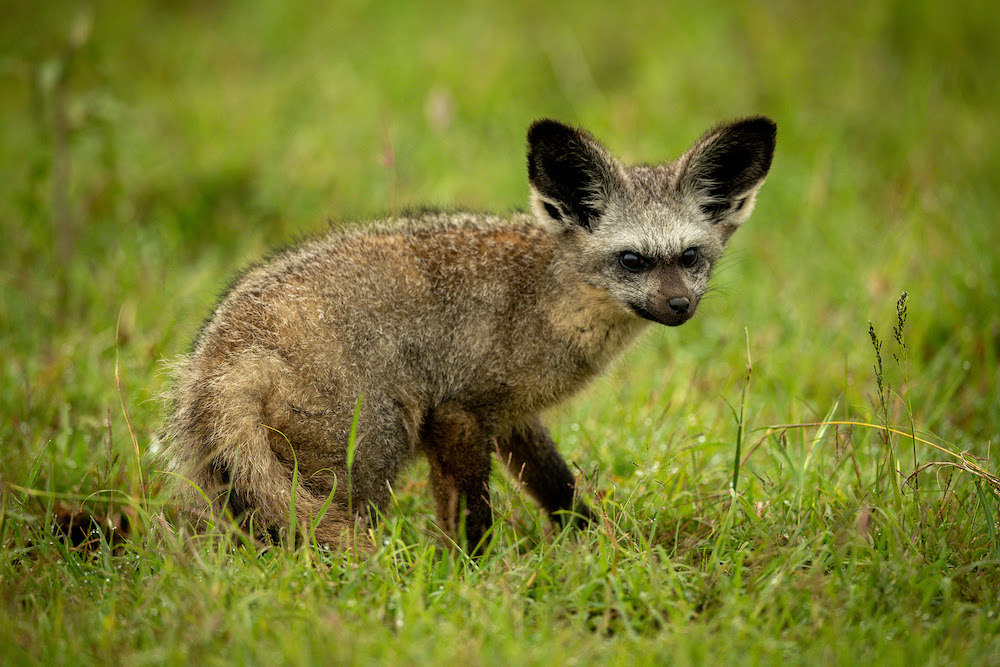 Have you heard of the Bat-eared Fox?

These foxes have ears that are about five inches tall, and they are essential to daily life for the Bat-eared Fox. These ears help them cool down in hot weather since the blood vessels within them shed heat, but they also enable the foxes to hear their prey, even a foot underground!1&2

Their teeth are primed for the food they eat. They have more teeth than other animals in the Canidae family and their molars are perfectly adapted to crushing up insects.2 80% of their diet is made up of these termites and dung beetles, and a single Bat-eared Fox can eat over a million termites every year!3

Bat-eared Foxes are found in Africa, over the span of ten countries, making up two separate populations. They’re found in southern and eastern Africa. They are a yellowish-brown color and have black areas on their face, legs, and tail.3

Their bodies are about 18-26 inches long, with a tail that adds another 9-13 inches. They weigh between 7 and 12 pounds. They often are found in scrublands and savannas where there is short grass. They’re not super territorial, so their territory will often overlap with other Bat-eared Foxes outside of their family group. While it’s known that these foxes can live to be about 13 years old in captivity, it isn’t known how long they live in the wild.1

Bat-eared Foxes are monogamous, and their family groups are usually made of the two parents and their offspring. The males help raise the young just as much as the females do.3 Predators to these animals include humans, eagles, jackals, and hyenas.1&3 They are very fast and are able to run away and dodge predators while maintaining their speed.3

Overall, Bat-eared Foxes are considered of Least Concern, according to the IUCN.2 However, they face threats from human expansion, trophy hunting, and hunting for their pelts. Some people also think they’re a threat to small livestock. Efforts are made by some organizations to mitigate conflicts between these foxes and humans.3

What do you think of the Bat-eared Fox? Check out our other canids over on our blog here!